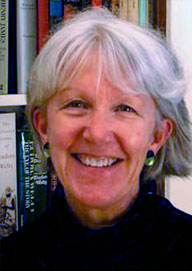 Nancy Holyoke has had two careers. The first was in New York City, working for The New Yorker and a quirky downtown literary magazine called Wigwag. The second began when she moved to Madison, Wisconsin, to be the founding editor of American Girl®. After leading the magazine to two National Magazine Award nominations, she wrote a half-dozen award-winning titles for the American Girl line of books. In recent years, she’s led a team of writers, artists, and photographers creating over a hundred books and online offerings for early readers at the Rowland Reading Foundation. She has a degree from the Iowa Writers Workshop.