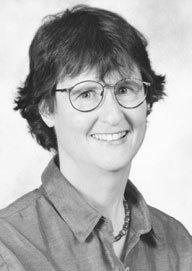 Award-winning children’s book writer Jane Kurtz, author of Lanie and Lanie’s Real Adventures, grew up in rural Ethiopia, where she spent most of her life outdoors wading by waterfalls, eating raw vegetables out of her father’s huge vegetable garden, and watching wildlife on the savannah. On their occasional visits back to the United States, her family camped its way across the continent. She has seen girls making a difference in places like an international school in Indonesia that saves orangutans (where she did an author visit in 2008), and in the many schools that have raised money for Ethiopia Reads, an organization that brings reading to children in Ethiopia.

School Library Journal has called Jane Kurtz a “superb storyteller.” Her 27 books have gathered accolades, starred reviews, and awards: picture books and novels that draw on her childhood memories of growing up in Ethiopia, on living through the Red River flood of 1997, and on the minor crises of her children’s lives—from a friendship gone sour to the grouchiness of a rainy day. She has also written nonfiction books and professional books for teachers.

Ms. Kurtz was one of fourteen featured authors in “Laura Bush Celebrates America’s Authors,” part of the 2001 inaugural activities. Her speaking engagements have taken her all over the world, including to Boston, where, thanks to a friend who is an avid birder, Jane now has her own birder's Life List.

Jane Kurtz is currently on the faculty of the Vermont College MFA program in children’s and young adult literature and lives in Lawrence, Kansas, home of Monarch Watch.