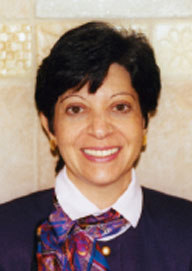 In almost every book by Jacqueline Dembar Greene, history serves as a backdrop and allows readers to step into a new world—and feel at home.Ms. Greene is the author of the six-book series about the American Girl historical character Rebecca Rubin™. She also wrote Secrets at Camp Nokomis: A Rebecca Mystery and The Crystal Ball: A Rebecca Mystery.

In developing the series about Rebecca®, a young Jewish girl growing up with her immigrant family in the melting pot of New York City in 1914, Ms. Greene drew on her own family history. “One of my favorite aspects of writing is imagining what it would be like to live in other times,” Ms. Greene says. “Although Rebecca is American-born, her parents, grandparents, and cousins all came through Ellis Island—just as my own grandparents did long ago.”

Ms. Greene is an award-winning author of more than 30 books and stories for young readers. In addition to her American Girl series, some of her notable books of fiction include:


Ms. Greene has also written many non-fiction titles for children, including the recent Fire at the Triangle Factory, about the tragic shirtwaist factory fire in New York City in 1911, and The 2001 World Trade Center Attack. Two of her books about Native Americans, The Tohono O’odham and Powwow: A Good Day to Dance, are illustrated with Ms. Greene’s original photographs.

Ms. Greene grew up in the rural town of Bloomfield, Connecticut. She received a B.A. in French Literature from University of Connecticut with honors. She earned a M.A. degree in English Literature from Central Missouri University with special distinction. Following a brief career teaching French, she worked as a journalist for several Boston area newspapers. She began her career writing for children with several stories and poems before turning to longer fiction and nonfiction works.

Jacqueline Dembar Greene is married and has two grown sons. She lives in Wayland, Massachusetts.